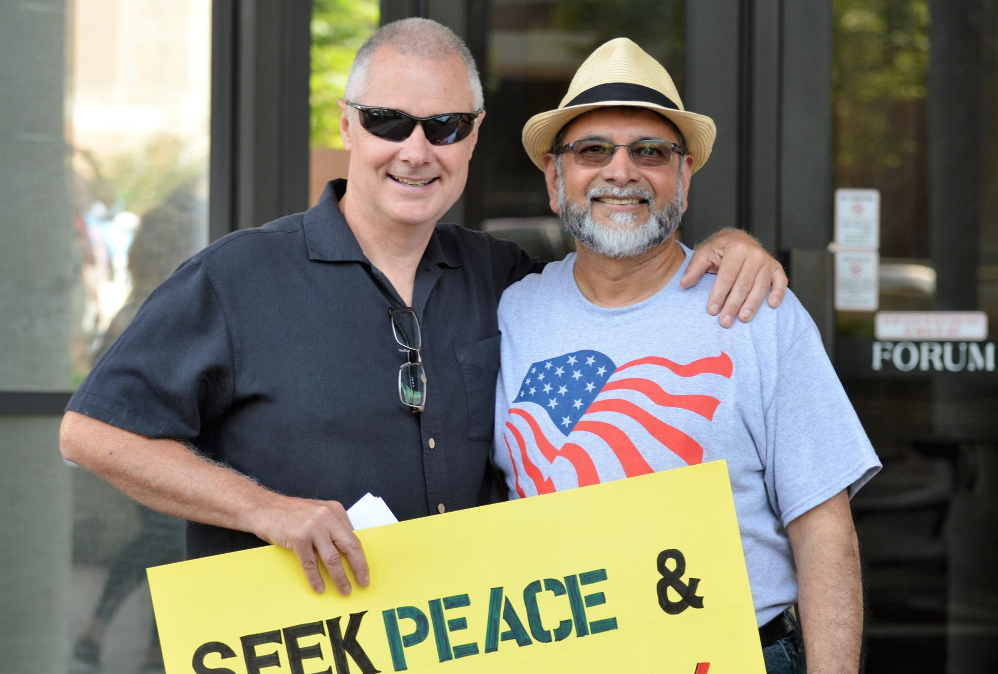 The man to my left in this picture is Dr. Akber Mohammed. He is one of many followers of Islam in Springfield who have instructed me in the practice of loving my neighbor. He is a living example of Jesus’ command to love our neighbors and to greet strangers. It’s easy to love people who are like us but Jesus said something to the effect of “What’s the big deal, even pagans and IRS agents do that!” (For a more literal reading check out Matthew 5:46-48 and always be kind to IRS agents).

In 2001, radicalized terrorists took the lives of 2,977 people including Christians, Muslims and people of many other positions of faith. Just as I am offended by white supremacists who claim to be practicing Christianity, Dr. Mohammed and fellow members of his congregation were deeply offended by terrorists who claimed to be practicing Islam. Their attack violated many principles of his faith. Masjid Al Madina's Imam, Yunus Lasania, introduced me to passages in the Koran that strictly forbid the kind of violent extremism that unfolded on 9/11.

In the aftermath of 9/11, Dr. Mohammed and members of his congregation at Masjid Al Madina reached out to people of other faiths requesting that we join hands in support of peace, and against extremist violence. My Muslim neighbors have led the way in denouncing extremist violence.

As another anniversary of September 11th approaches Central Christian and Masjid al Madina and Central will celebrate our shared commitment to peace and our love for each other by attending each other’s places of worship. On September 9th members of Central will cross town to attend a prayer service at Masjid Al-Madina, and on September 11th, a day commemorating a violent attack, they will be guests at our Sunday morning worship service as we join hands celebrating our shared commitment to neighbor-love and to peace.

The differences between Islam and Christianity are significant. While there are some similarities in our understanding of Christ, there are also fundamental differences, particularly as it relates to Christ’s death and resurrection. But we must not let these differences cause us to be blind to the things we have in common, one of which is a shared call to love our neighbors and to oppose injustice.

growing spiritually
Giving Honor Where Honor is Due
Read More

Jeff challenges us to take time to see and care for those who often get ignored in our city, those who are mentally ill and homeless.

growing spiritually
at central
social issues
community
7.8.2022
How to Become a Christian

One becomes a Christian by believing in Jesus and seeking to follow him.

growing spiritually
at central
social issues
community
8.7.2022
Giving Honor Where Honor is Due