Sanctity of Life and The Theory of Eugenics 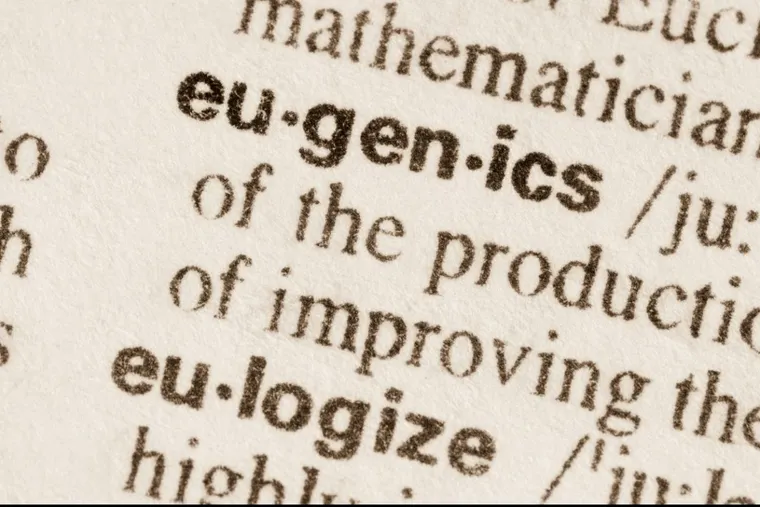 Sanctity of Life Sunday is about a week away, and I’ve been thinking about a number of issues related to the dignity of life. Every once in a while, new information comes along that opens up a new way of thinking about a host of important issues. For me, the theory of eugenics has been one of those topics. It’s one of the most important theories that you may have never heard of. It has ramifications for medicine, how we understand history, racism, abortion, immigration, care for the elderly, Darwin's theory of evolution, religion, and politics. That’s quite a list!

Eugenics is a theory developed in the late1800s by Darwin’s cousin Francis Dalton that suggested that the human race could be improved through selective breeding. The theory may seem bizarre today, but it was widely accepted in the early 1900s.  Presidents endorsed it, and sadly it gained a following in the church, particularly among religious fundamentalists. I stumbled onto this topic through a podcast that I listen to called Truce. Application of the theory led to the forced sterilization of over 70,000Americans. I encourage you to take the time to listen to it.

My interest in eugenics originated from my advocacy for comprehensive immigration reform. Eugenics had a huge role in shaping our country’s immigration policies in the 1920s. Such policies stayed in place until 1965, giving preference to people from certain parts of Europe. NPR did this fascinating article/podcast on how eugenics continues to shape immigration policy.

What does this have to do with Sanctity of Life? It reminds us as Christians to be constantly vigilant against any implication that some lives are more valuable than others. Sometimes we do this based on functionality, undervaluing the lives of people with disabilities or even those who are old. Other times we are lured into subtly accepting the idea that some races or nationalities are better than others. There is a direct link between eugenics and the troubling rise of Christian nationalism.

So this year, as we approach Sanctity of Life Sunday, I encourage you to hold onto several important truths. First, God is the author and sustainer of life. Second, in each life, those are reflections of God himself. And third, the great promise of the gospel is that God’s love expands to include all people regardless of their ethnicity or capability.

Those worshipping a wrongfully executed Savior should advocate for men and women wrongfully imprisoned and sentenced to death.

Every time I listen to the Raw and Q podcast, I think, "That's how I want Central to do church."

Jeff challenges us to take time to see and care for those who often get ignored in our city, those who are mentally ill and homeless.